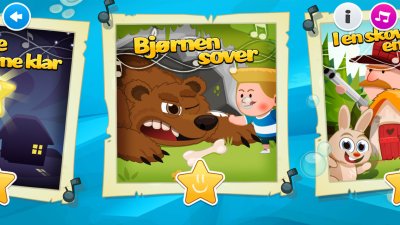 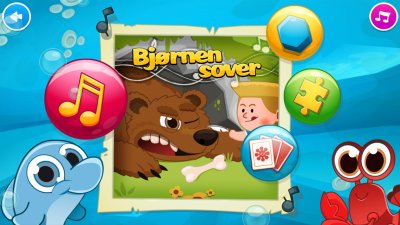 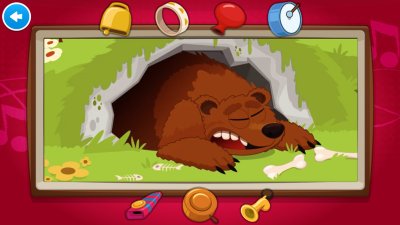 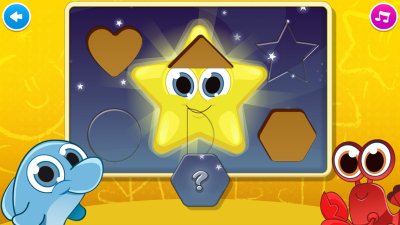 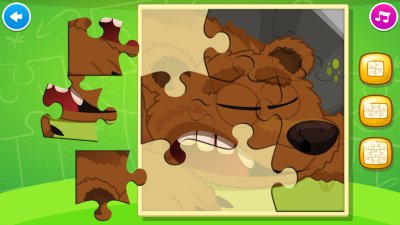 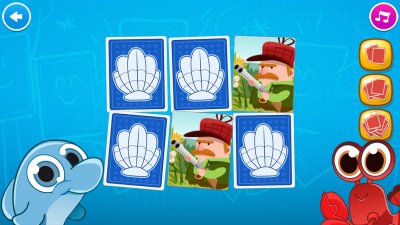 Sing and learn for the little ones

Come visit the cute dolphin and crazy lobster in their underwater cave. Listen to children's songs, watch funny cartoons and play easy minigames. Sing and Learn with Babyclub is a great game for children 0-4 years, it's really easy to play and, best of all, the characters speak in your native language!

Sing and Learn with Babyclub includes the popular children's songs "The bear is sleeping", "Little Cabin in the Wood", "Itsy Bitsy Spider" and "Twinkle, Twinkle, Little Star" - all played in alternative and funny versions and each with a fun cartoon.

What's included in the game?

Sing and Learn with Babyclub includes four songs, each with its own cartoon and minigames with shapes, jigsaw puzzles and memory. The minigames use artwork from the selected song and cartoon - and there's also instruments that can be played while watching a cartoon.

Sounds fun. Where can I get it?

Sing and Learn with Babyclub is available on the Apple App Store and Google Play in Danish, Swedish and Norwegian. See available languages and links to app stores below:

Does it contain ads?

No! This game is safe and child-friendly. There's no third-party advertising which means your child will not be forced to see annoying banners and video ads while playing the game. The game does promote a few of our other child-friendly games, in a non-intrusive way, and it does present purchase options when trying to access songs that are locked. The actual purchase process, however, cannot be entered without going through a Parent Gate mechanism.

Did you create Babyclub all by yourself?

No. I was a part of the team that created Babyclub several years ago. I always liked the game, so when I got the chance, I decided to give it a new home here at Northmice.

I want to know more, where can I follow you 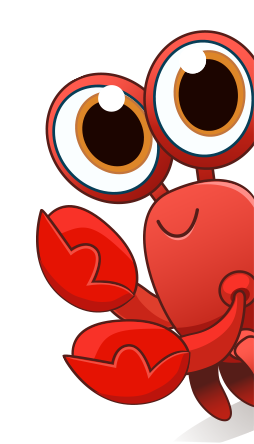 All the latest news, articles and stuff happening at Northmice.

All areas of the game have been updated and a huge load of new stuff has been added.

Talking to myself again in a demanding voice. "It's too quiet here. What's going on? Were you sleeping? ... is that drool on your keyboard?"

Between creating and launching

I soon learned there’s a huge additional phase between the "Create a game” and the “Launch it”. Free takeaway included!

Phew! - Drawing all those enemies for the Graveyard was tough. Learned a lot and took my drawing skills to the next level.

Working on The Graveyard

A sneaky sneak peek at my upcoming level for Tapporcry ... T-The G-G-Graveyard!

Sent Tapporcry off to it's new home at Apple and a glorious future on the App Store! It's a great day for Tapporcry.

I suddenly find myself sliding downwards toward the deadly spikes at the bottom of a stinky sinkhole.

All fired up with GarageBand

The true story about how Tapporcry sparked a new motivation and gave me a reason to create music again.

Tapporcry pt. 1: Out of Scope

I've become an old man with a white beard and bony fingers. Slowly typing along on my dusty keyboard.

The first post ever on the Northmice blog. Thoughtful thoughts about the future of the blog, marketing tactics and finding my writing style. Don't miss it!

Hi there. Like most of the internet, this site uses (freshly baked) Cookies and third-party Cookies to remember settings and analyze traffic. By continuing, you are agreeing to the use of cookies.
OK, I understand